The day this movie was released I saw it at the Ridge Cinema in New Berlin, WI. While outside waiting for my friend these three (very nice, for the record) old ladies came around the corner to wait for their ride. They were chit-chatting about the movie they’d just seen and I overheard, “what I don’t understand, is why the movie was called ‘Blade Runner’?” I then jumped in to briefly and poorly explain that it was the name “used by the police in the first movie” (this was before I knew the movie explained it perfectly well in the very beginning). All three went “ohhh!”. They then explained how they didn’t like the movie at all, and from the name they thought the movie was going to be about ice skating. I went back to stand by myself and tuned them out because, spoilers.

After thinking about it a bit I realized, from the context of someone familiar-ish with the film, that their perspective was freaking hilarious. I texted my friend, who showed up before he read the text, then just explained what I just witnessed. After that it was the joke of the evening. When we got popcorn, I tried my best to tell the employees, “did you know Blade Runner isn’t about ice skating?”, with a straight face and failed. While waiting for the movie my friend and I kept spotting other elderly people and couldn’t help but think they were going to be very disappointed too (yes, childish, but we as grown men are professional children). After the movie I summoned a concerned look and said to the girl thanking everyone for coming “did you know that movie isn’t about ice skating?” and made it about 2 seconds before I started laughing again.

Once home I found myself inspired to make a movie poster for those three old ladies. Weeks later reading how it is a box office failure, now we all know why: no ice skating. My rush job “movie poster” is below. 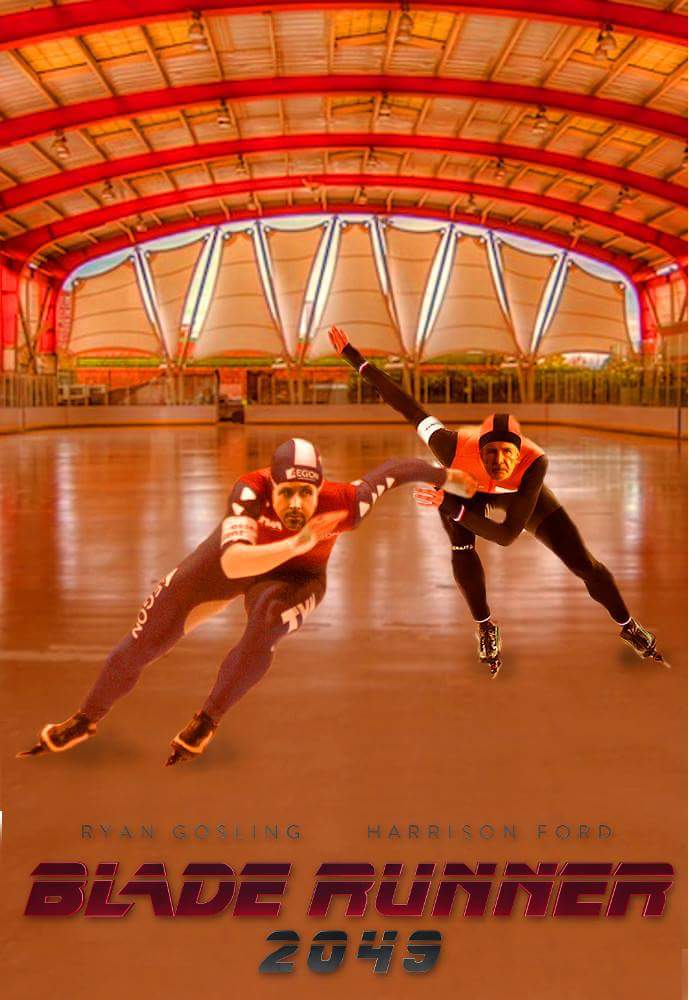